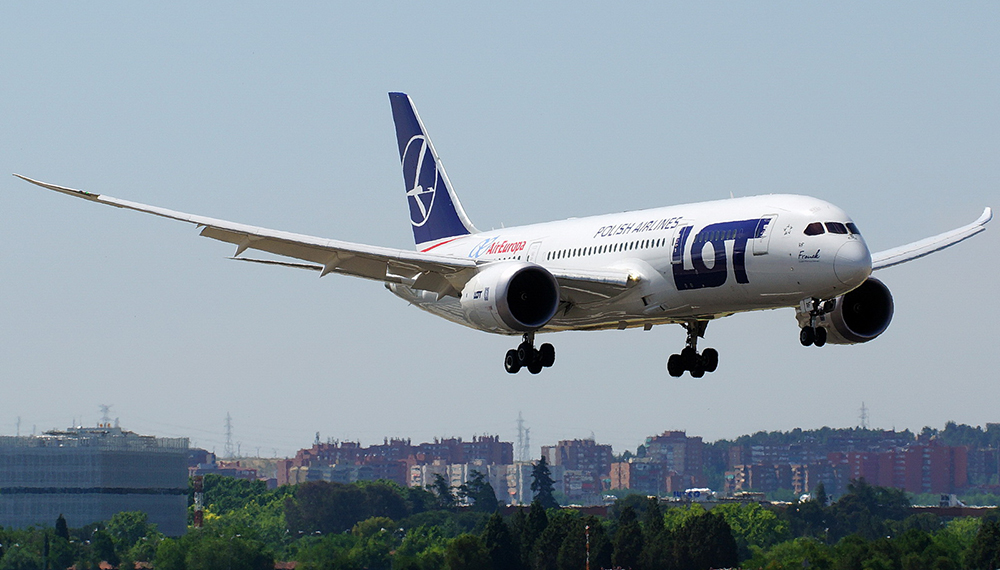 As with all of LOT’s long-haul services, the new route will be operated by state-of-the-art Boeing 787 Dreamliners five times a week.

The new route launch will provide the shortest and most convenient connection from the centrally located hub in Warsaw to New Delhi as well as access to many Central, Eastern and Western-European cities.

The first flight will commence on 17 September from Warsaw Chopin Airport to New Delhi’s Terminal 3, with the return flight taking off from New Delhi on 18 September.

“The long-awaited flight between Poland and India is becoming a fact. I am pleased to announce that this magnificent destination is being added to LOT’s growing network today. This is a great moment in our 90-year history and also evidence of our dynamic development,” says Rafał Milczarski, CEO of LOT. “Poland, located in the very heart of Europe will be a gateway for passengers traveling to New Delhi from many cities in Central, Eastern and Western Europe. The potential for this flight is huge – over 8.9 million passengers traveled between India and Europe in 2017. A convenient schedule provided by LOT, including an overnight eastbound flight, a comfortable onboard product and seamless connectivity via Warsaw, will certainly increase the flow of business and leisure travelers coming to and from India,” he adds.

New Delhi was chosen not without reason as the next LOT destination in Asia. India is inhabited by over 1.3 billion citizens and is the world’s 7th biggest economy. After Singapore, India is the second centre of direct investment in Asia for Polish entrepreneurs. In turn, for Indian business Poland has cost-effective and profitable investment environment.

Geolocation of Poland with LOT’s extended network of connections rank Warsaw hub as a gateway for Indian passengers enabling them access to all countries in Europe. The new LOT’s connection will be a key element in strengthening economic ties and developing business relations between the two countries.

The launch of the connection from Warsaw to New Delhi is part of the profitable growth strategy which LOT has been implementing since the beginning of 2016. As result, over three years, LOT has become the fastest growing airline in Europe, doubling its fleet size and launching over 60 new connections worldwide. This year, deliveries of the next nine B737 MAX are scheduled, increasing their number by the end of this year to 14. Also by the end of this year, four more B787 Dreamliner aircraft will be included in the fleet, which will increase their number in the LOT fleet to 15.

In the previous year, LOT broke its record carrying on board over 8.8 million passengers, which is 2 million more than a year earlier. This year, it plans to cross the barrier of 10 million passengers carried onboard.