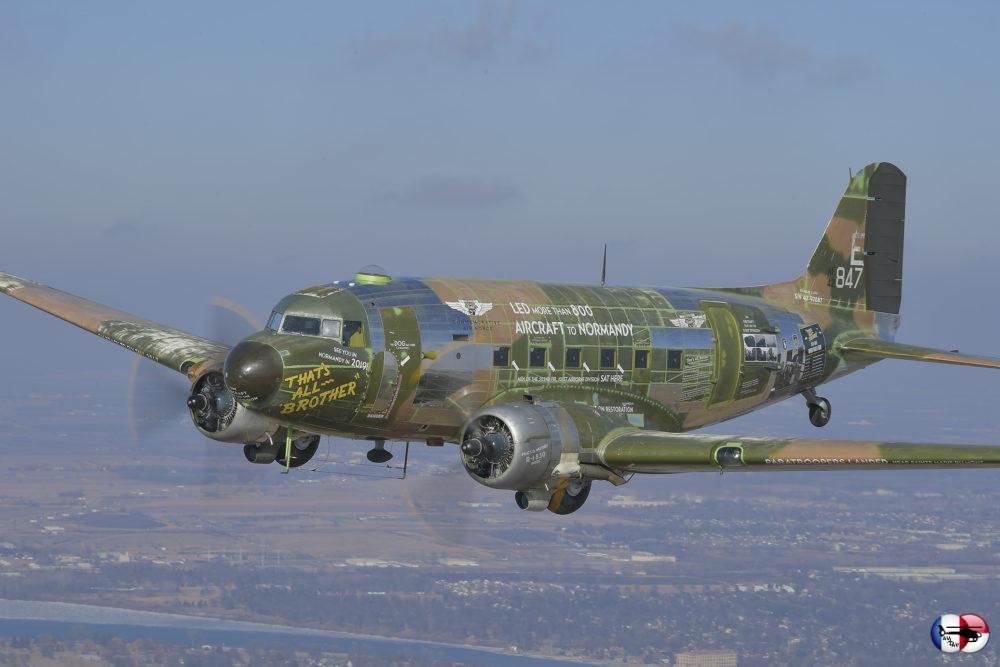 A thirty-strong squadron of WWII Douglas C-47 military transport aircraft is being put together, to fly from the USA to the UK, and then en masse across the English Channel, to celebrate the 75th anniversary of D-Day on 6 June 2019.

That’s All – Brother recently made its first flight for ten years, following a painstaking, nut-and-bolt restoration by the Commemorative Air Force (CAF), a non-profit flying museum. The flight took place on 31 January at Oshkosh, the home of EAA AirVenture.

An estimated 22,000 man-hours went into the restoration of the aircraft, which had suffered extensive corrosion.

“Thanks to the financial support of over 3,000 individuals and organisations, and an extraordinary group of volunteers, we’ve been able to achieve this great milestone with the first flight,” said Bob Stenevik, CAF president.

After flight tests, That’s All, Brother will be flown to CAF’s Central Texas Wing, at San Marcos, Texas, where it’ll be maintained, flown and can be viewed.

The D-Day Squadron is being formed by the Tunison Foundation, which operates WWII aircraft.

“Few veterans of D-Day are still with us, and this celebration marking the 75th anniversary may be our last chance to honour these brave war heroes,” said Moreno Aguiari, director of the D-Day Squadron.